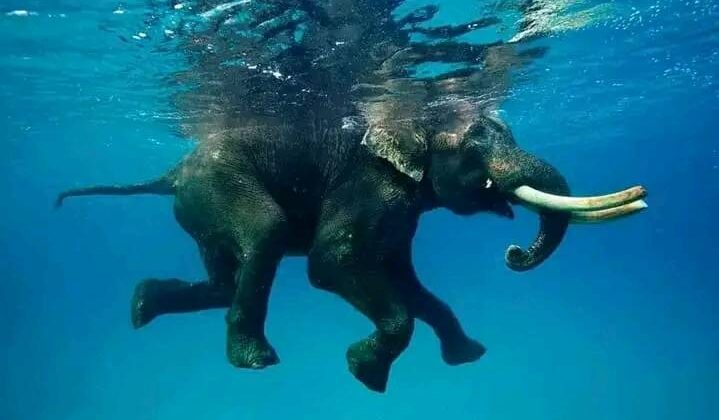 Elephants are surprisingly agile animals for their enormous size. They can run at speeds of up to 25 mph, and their young are able to hold their bodies up and walk on their own within mere hours of being born! In fact, after only a couple of days, baby elephants are more than strong and fast enough to keep up with walking and running alongside the adults in their herd. But can elephants swim?

Let’s take an in-depth look at how elephants fare in water rather than on land. How does such a large animal like an elephant keep itself afloat, anyway? Can elephants swim underwater, too? Read on to learn more; the answers will surprise you!

How Do Elephants Swim?

Amazingly, elephants are very strong natural swimmers. Almost all species of mammals are able to swim from birth. The only mammals who can’t swim naturally are humans and most other primates, who have to learn through trial and error, and a few outlier species like giraffes and camels who simply haven’t evolved to swim because they aren’t exposed to much water anyway.

Despite its massive size, an elephant’s body has more than enough buoyancy to stay afloat even if they aren’t actively swimming. Similar to humans and many other species of mammals, they can simply stop swimming and allow their bodies to float just above the surface if they get tired.

Elephants swim simply by “doggy paddling” their massive legs to propel themselves through the water. Their legs are so powerful that they can swim continuously for as long as six hours at a time! They will often cross large bodies of water in groups to access food sources and shelter or use lakes and rivers as shortcuts to get from place to place.

On an average swim, an elephant will keep its head and body just under the surface of the water as it paddles its massive limbs back and forth. However, it will keep its powerful trunk raised above the water and use it as a sort of snorkel so it is still able to breathe even when the rest of its body stays in the water for hours at a time. This means elephants almost never drown!

Swimming is a surprising pastime for many elephants, especially among babies and juveniles! Aside from swimming simply to get to where they need to go or to keep their bodies cool when traversing their scorching hot habitats, these gentle giants actually enjoy swimming for pure enjoyment, too.

Elephants are highly social and curious and will even “play” in groups within their herds. They will often swim together and splash one another with their limbs and trunks when they come across bodies of water.

Research has shown that both captive and wild elephants engage in social play with one another from time to time, and play is usually an indicator of long-term survival and success in the wild. Even the older members of the herd will sometimes join in on the fun, allowing the babies to climb on them and playfully splash them with water!

Yes, elephants are able to swim quite far distances underwater, too! By using their trunks as modified snorkels, elephants can dive underwater and swim surprisingly long distances while completely submerged. They keep their trunks just above the water while their bodies stay just under the surface.

Granted, elephants aren’t very deep divers, though they can hold their breath for a few minutes or so in dire circumstances. They strongly prefer to keep their trunks above water as much as possible, and they don’t have much of a reason to swim deep underwater anyway. So, although they can technically swim with their bodies completely underwater, elephants tend to stay at depths of only a foot or two underwater. 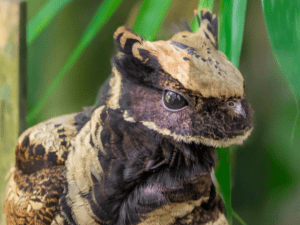 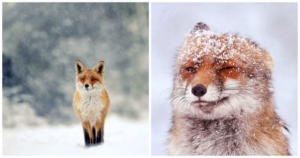 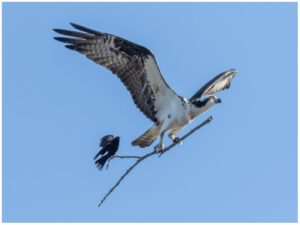 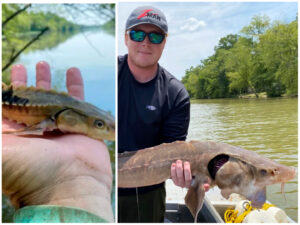