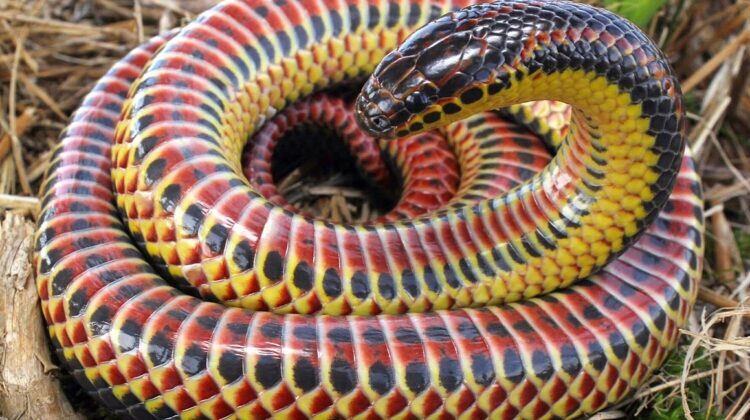 The rare rainbow snake, last observed in Florida in 1969, has returned.

While out on a hike in the Ocala National Forest, which is located 47 miles north of Orlando, two women came across the magnificent four-foot-long monster.

Rainbow snakes are “extremely aquatic, spending much of its existence buried amid aquatic vegetation; never observed, even by herpetologists, due to their cryptic habits,” according to the Florida Fish and Wildlife Conservation Commission (FWC).

The group posits that the snake was pushed out of hiding by a recent shift in the water level of the Rodman Reservoir.

Boyer said on Facebook, “Tracey Hale Cauthen and I came upon this wonderful creature.”

The iridescent rainbow snake, sometimes known as the “eel moccasin,” has a blue-black back, yellow and red spots, and three red stripes along the length of its body.

Adults typically range in height from 40 to 54 inches, with the tallest adult measured at 66 inches.

Near streams, lakes, marshes, and tidal flats, the snakes spend much of their time hiding under floating vegetation and digging burrows.

According to the organization, even for herpetologists—those who study amphibians and reptiles—this sort of behavior makes them a rare sight.

The non-venomous and harmless nature of rainbow snakes was also mentioned by the Florida Museum of Natural History.

Along with 403 other Southeast freshwater species that were in risk of extinction, the Florida-based Center for Biological Diversity filed a petition in 2010 asking for the South Florida rainbow snake to be protected under the Endangered Species Act.

However, in response, the federal authorities declared the elusive snake extinct the next year without undertaking the complete assessment required to support such a claim about the mysterious reptile.

The Center then announced a $500 reward for anyone who could give “hard evidence of the animal’s existence” in response to the denial.

The sighting of Cuathen and Boyd, however, is the first in 50 years.

The snake may be found throughout Florida’s Panhandle and northern peninsula, as well as along the coast from Louisiana to Maryland, according to the museum. 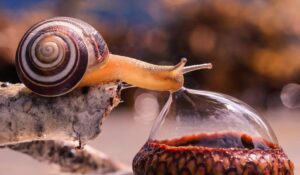