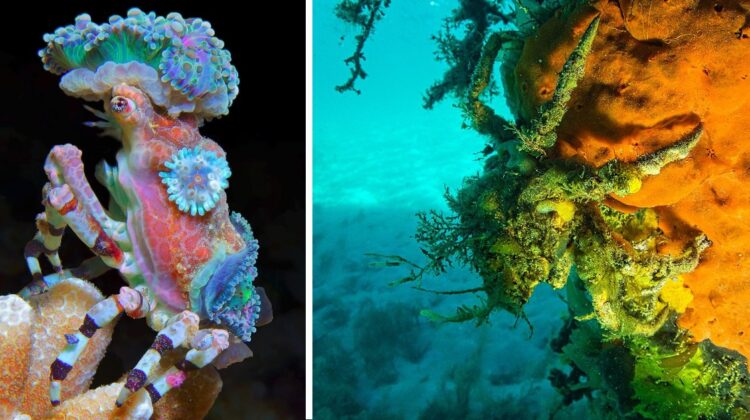 As their name suggests, these crabs like decorating – themselves.

From spider and harlequin crabs, through moss and seaweed crabs, to toothed and arrow crabs, there are over 700 species of decorator crabs belonging to the family Majoidea that cover their bodies with a wide range of unexpected ornaments. But although they may be nature’s dressers, these crustaceans are not dressing up to impress or get noticed. On the contrary: the purpose of the decorations is to get camouflage and/or lure prey.

OK, but how do they do it? According to Marine Madness, most decorator crabs use other marine creatures as ‘building material’. For the hundreds of different species of decorators there are almost as many other species who are used as decorations. These include corals, seaweeds, sponges, sea fans, anemones, seagrasses, sea urchins, bryozoans & hydrozoans (types of colonial organisms often mistaken for algae or corals) and even other small crustaceans.

However just because these organisms are hijacked by these decorators doesn’t mean a death sentence for them. On the contrary, they can even get something out of it.

In fact, the relationship between the crabs and their ‘accessories’ can be highly mutualistic, helping plants and animals to move over large distances and reduce their chance of predation.

So these amazing animals are able to attach just about any marine organism smaller (and sometimes even bigger) than themselves to their shells. But how do they make them stick? Well, decorator crabs have specialized hooked bristles along their bodies known as ‘setae’ that act very much like Velcro. The crab selects what it wants to attach, picks it up and places it on the bristles which wrap around the object and hold it in place. Simple as that – except that decorator crabs can be very picky about what they wear, so the process is not so easy-peasy after all.

Some crabs have just a small covering of bristles over certain areas they want to decorate whereas others like the moss crab are covered in them from head to claw. The only downside is that when the crabs moult their carapace to be able to grow further, they also lose all their carefully selected ornaments, so they have to start over from the beginning.

The extent to which decorator crabs are particular about their decorations, is well-demonstrated by research conducted in 1940 by British zoologist and camouflage expert, Hugh Bamford Cott, who tested the dedication of the great spider crab (Hyas araneus) of the Atlantic Ocean.

Cott moved a number of these decorator crabs from their homes off the coast of Britain to different locations, and found that each time they were set down, they immediately started redecorating themselves using local materials – in fact, each crab adjusted its camouflage on the very first night of its relocation. One crab even broke off the arms of a crinoid – a small, feathery creature looking like a flower – and wrapped itself in them.

Watch how decorator crabs select and attach their decorations in this excellent video by PBS Deep Look.

As mentioned above, these little animals do not decorate themselves to show off or attract the attention of a potential mate, but in most cases to hide and protect themselves from predators. Most of them prefer seaweeds and colonies of bryozoans and hydrozoans to ornament themselves with, but for some species with particularly colorful habitats pieces of corals, sea fans and sponges work much better. As long as they don’t move too far away from whatever they are trying to mimic, the ‘local camouflage’ is usually very effective.

But some crabs have gone further than using their decorations just for camouflage and also use them to bolster their defences in other ways. One example is the use of anemones, urchins and hydrozoans, all of which can give any potential predators a nasty sting, should they get too close. On the other hand, applying selected toxic seaweeds can leave a nasty (and potentially fatal) taste in the mouth for anyone that ventures to take a bite, making these crabs, too, an off-putting option for many of their natural predators.

And a select few crab species have gone even further and use their decorations for attack. One fine example is the boxer crab (Lybia tessellata), also known as the pom-pom crab, which attaches anemones and urchins to its claws and uses them as weapons.

If provoked or attacked by a predator, the boxing crab will threaten the aggressor and try to deter it by waving it’s anemones around, the tentacles of which are well-armed with cnidocytes (stinging cells). Interestingly, the very special relationship the pom-pom crab has with the sea anemone – being carried in it’s claws – is not essential for the survival of either species.

Other decorator crabs take advantage of the hydrozoan Hydrichthella epigorgia, which, like corals, is made up of a myriad of tiny polyps that act together as one collective organism. Unlike most hydrozoans, however, the polyps of this species do not sport feeding tentacles but instead sticky polyps that catch microscopic food and slowly transfer them to the animal’s ‘mouth’. Some particularly cunning species have taken advantage of this by covering their front legs in H. epigorgia to create a pair of sticky and effective fishing rods.

And what do decorator crabs do when they don’t have a chance to dress up in sponges, algae and marine debris? As noted above, they will use just about anything in their environment to decorate themselves, as confirmed by Danielle Dixson and her team at the University of Delaware in an experiment.

The scientists placed crabs in individual containers and provided them with green and red Christmas-style pom-poms. Apparently, the animals didn’t shy away from using pom-poms to give them a more festive look.

And, as always, they did it with taste. 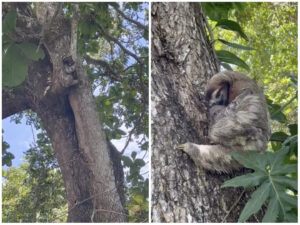 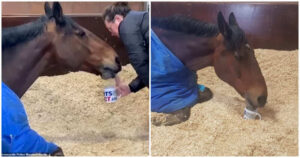 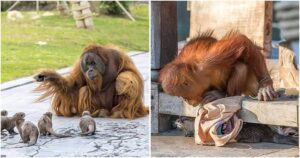 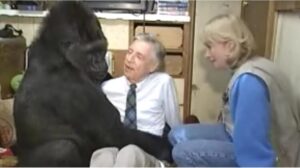