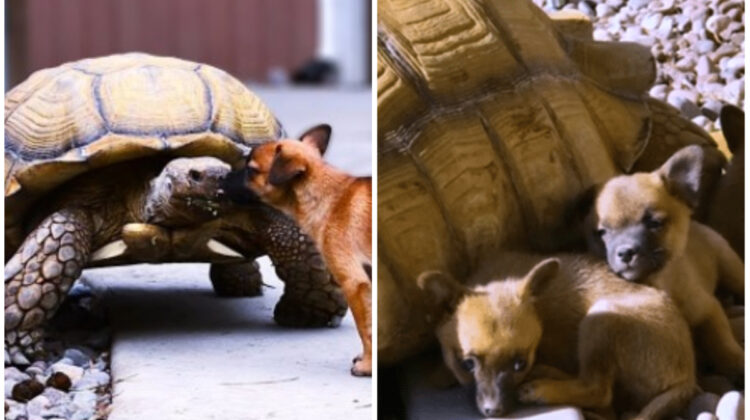 We are always curious to hear about unusual animal relationships. When many diverse species of animals coexist, one must question whether their compatibility is genuine. according to Doginspiration is the heartwarming story of a pack of abandoned puppies that were taken in by an unusual animal and found a friend and protector. A few years ago, Andrea, a member of 2nd Chances Rescue and a foster parent, took in three puppies who had been left in the PetSmart parking lot. According to Andrea, Four puppies and a case of beer were brought by a man. Although he claimed to have caught her in her garden, her mother eluded him.

Even though it took Andrea some time to get used to her new surroundings—the cubs were scared—she took the cubs in and reared them. Andrea also looked after Goliath, an eighty-year-old sulcata turtle who was another rescue pet. Although it initially looked strange, Andrea soon discovered a connection between her rescue dogs, the elderly tortoise, and the young cubs. One day, Andrea noticed that one of the puppies was missing. She was frightened, but she soon realized the dog was in Goliath’s stable. He soon realized that all of the cubs enjoyed cuddling with their turtle friend and that it appeared to give the fearful puppies a sense of security.

They seemed to have a sense of security around Goliath, Andrea noticed. I found her snuggled up next to Goliath during the day. He helped Goliath as well as the cubs.

Andrea claims that although the turtle appreciates human interaction and attention, most canines are afraid of it and steer clear of it. The cubs undoubtedly had a different viewpoint, and the tortoise was glad to have company. I believe he was thrilled and enjoyed it. 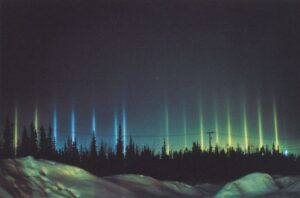 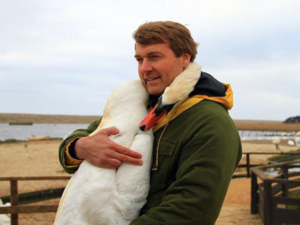 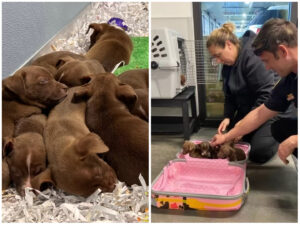 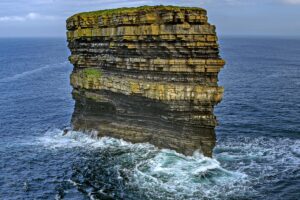 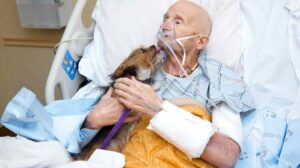 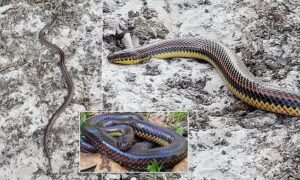